Maggie and the Pirate 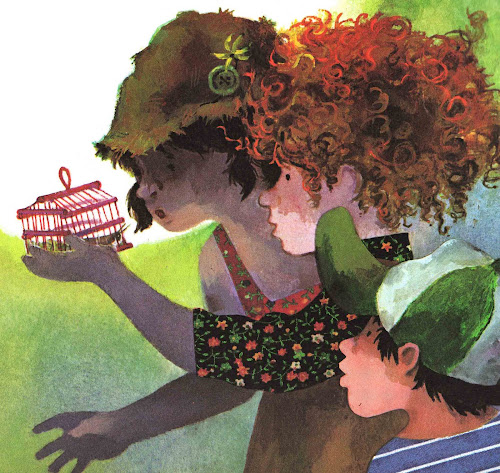 Maggie and the Pirate

Yea, so I really only have one friend that is as obsessive about collecting vintage kids' books as me (she perhaps even more so), so the next couple of days (including yesterday) I'm gonna highlight some titles she turned me on to of late. 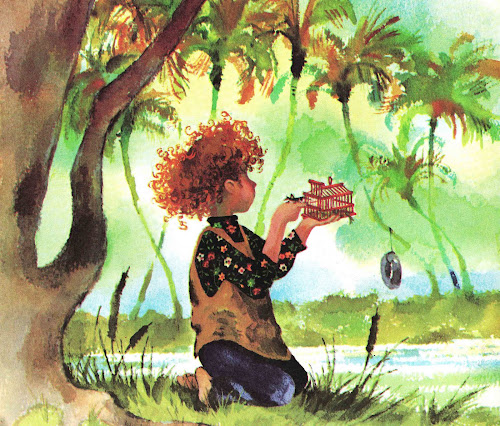 We were having a discussion about cricket cages a while back and she brought up this little ditty by Mr. Keats. At the time I didn't remember it, but once I got a copy in hand and read it a few times, the pictures and story began to become eerily familiar. It surely passed through my childhood library card at one point or another. 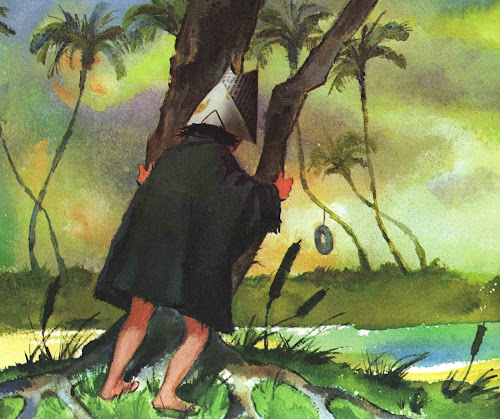 A strange little book, the main character, Maggie, lives in a semi-psychedelic bus with her parents. Maybe on an island. Maybe beside a small island. It is hard to tell, but I do know that the illustrations include water, palm trees and a beach. (I mean, did Keats retire to Florida or something to become a pot-smoking hippie or what? Going from following the life of an inner-city black kid to a curly, redheaded cracker seems like a major life change. He keeps us guessing in genre for sure.) 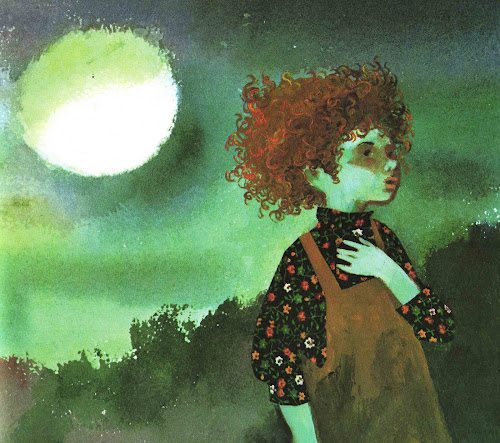 Maggie has a pet cricket named Niki, and if that isn't cool enough, she (and the cricket) get stalked by a stranger who refers to himself only as "The Pirate". When the Pirate cricket-naps Niki, it is up to Maggie and her friends to save the day. I mean if this doesn't smell of The Red Hand Gang I don't know what does.

In the end, Niki becomes a fatality of one of childhood's most mysterious games -- friendship -- and the book ends on a somber, open-ended note that truly echos the realities of life, death and love.

They all sat down together.
Nobody said anything.
They listened to the new cricket singing.
Crickets all around joined in. 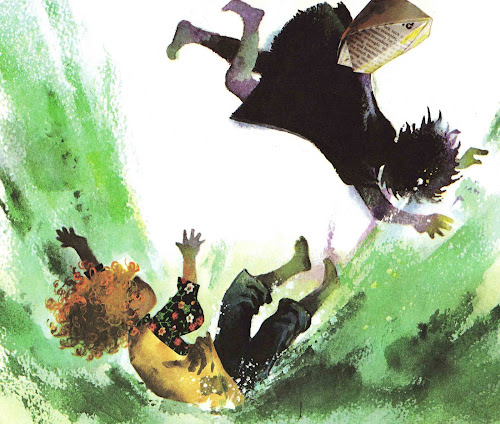 No forced happy ending. No clean-cut resolution. Very refreshing for a children's book. Anywho, check out this clip from a film adaptation of the book. 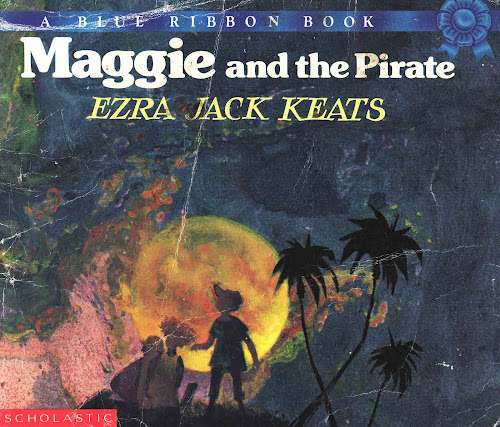 Also by:
Whistle for Willie
In a Spring Garden
How To Be A Nature Detective
Share